Thank you for your interest.
Download your PDF
Oops! Something went wrong while submitting the form.

The weight of the concrete and the steel superstructure in a bridge, and thus the resultant dead load in each of the critical members, are well known when the bridge is initially constructed, assuming all goes to plan. However, major maintenance, repair, or any significant damage to the structure can cause the loads to redistribute and thus change the dead loads and the load path. Therefore, it is important to know what these new dead loads and load paths are to ensure safe and reliable operation of the bridge. The in-service dead loads in metal bridge components can be measured using Proto’s x-ray diffraction (XRD) systems quickly and cost effectively without disrupting structure use.

How to use XRD to measure dead load

How XRD dead load measurement can help your bridge

The Manhattan approach to the Brooklyn Bridge was opened in 1883. Known as the Franklin Square Bridge, the span is made up of six parallel wrought iron eyebar trusses. When the bridge was built, the deck consisted of a two lane carriageway on each side of the bridge above the outer two trusses. Since then, the transit tracks have been removed and replaced by concrete decks, increasing the dead load of the bridge by 55 percent. This increased load caused concern that some members of the eyebars may be experiencing significantly high loads.

Additionally, there was concern that many of the pins connecting the eyebars may have deformed, resulting in additional stress redistributions around the pins and eyebars. Using a Proto iXRD portable x-ray diffraction system, Proto technicians successfully measured the dead loads in the eyebars and found that not all of the eyebars bore the same load; some of the eyebars bore very high loads approaching yield, while others bore very small loads approaching zero. This information assisted in the determination that the bridge was unsafe. As a result, six steel arches were added to support the existing trusses. 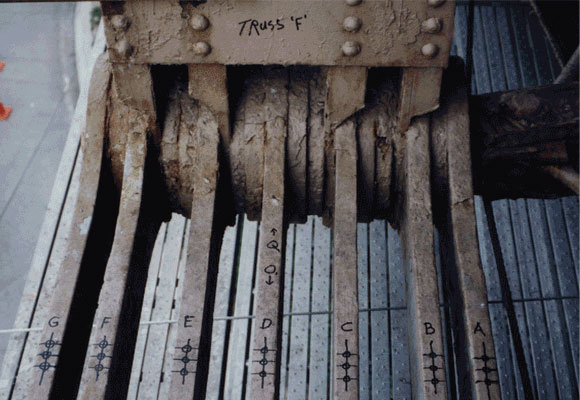 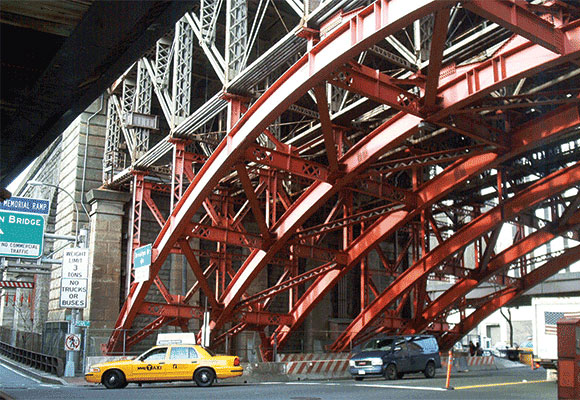 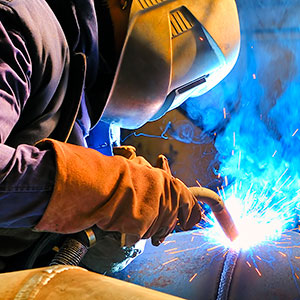 Residual stresses created during the welding process can lead to stress corrosion cracking, distortion, fatigue cracking, premature failures in components, and instances of over design. The nondestructive nature of the x-ray diffraction technique has made the residual stress characterization of welds a useful tool for process optimization and failure analysis, particularly since components can be measured before welding, after welding, and after post-welding processes have been applied. 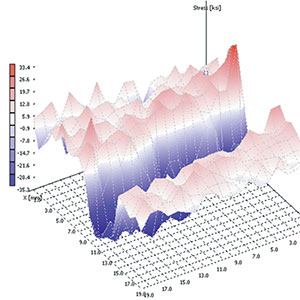 Peening effectiveness is normally characterized via the Almen intensity and the % coverage. It should be noted that many potentially different residual stress gradients can result from what may appear to be the same deflection of the Almen strip and observed % coverage. The % coverage is an optical assessment of the as-peened surface and is generally thought of as a measure of the uniformity of peening on the component surface. 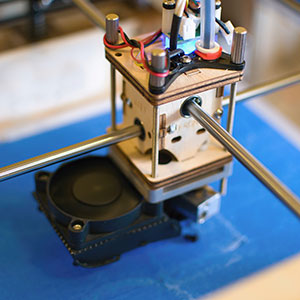 3D printing is increasingly being used as an alternative method of manufacturing components. In particular, replacement parts that were manufactured via traditional methods such as casting are now being made using additive manufacturing processes. While a printer can produce a dimensionally identical part, the process may not produce the same residual stress distribution in the part. 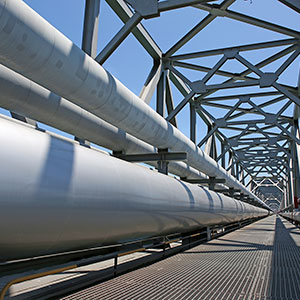 Residual stress plays an important role in many of the issues found in pipelines, such as stress corrosion cracking (SCC), hydrogen induced cracking (HIC), fatigue cracking, welding stresses, heat treatment effectiveness, surface enhancements due to cold work, ending due to seismic activity, and installation stresses. The significant effect that residual stress has on the performance and life of a component makes it extremely important to characterize these stresses. 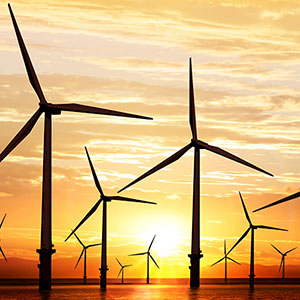 Residual stresses created during the manufacturing process can lead to stress corrosion cracking, distortion, fatigue cracking, premature part failure, and instances of over design. The nondestructive nature of the x-ray diffraction (XRD) technique has made the residual stress characterization of power generation components a useful tool for process optimization, design improvements, and failure analysis. 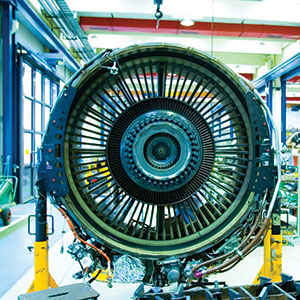 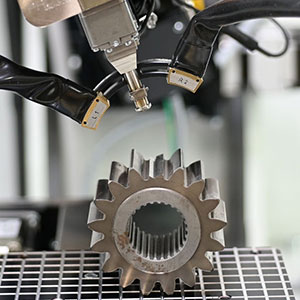 X-ray diffraction has become the industry standard for residual stress characterization of automotive components. It is an essential tool for process optimization, design improvements, and failure analysis.