Climate change is widely viewed as one of the greatest challenges of our time. From clean electricity to paper straws, both governments and individuals have taken extensive measures to reduce its effects. The earth is currently experiencing a global warming event, which is resulting in a steady increase in global temperature, melting glacial ice, extreme weather, and substantial changes to our oceans, including rising sea levels and acidity. Over time, all of these effects can endanger both humans and wildlife, making climate change a topic that should be on everyone’s radar.

By gathering data over a long period of time, scientists can make projections for the future and come up with measures to reduce the impact of climate change.

Various methods have been used to quantify and track climate change, such as observing rainfall records, evaluating images taken from space, and taking measurements of seawater. By gathering data over a long period of time, scientists can make projections for the future and come up with measures to reduce the impact of climate change. Some of the commonly used methods have significant disadvantages, however; for instance, to measure the acidity of large portions of the ocean – not just of small water samples – scientists are at the mercy of computational models with their own variables and assumptions. The acidity of seawater is normally close to neutral but slightly basic (i.e., average pH of 8.2), but dissolved CO₂ from the atmosphere makes the water more acidic (lower pH). Even a small decrease in the pH of the ocean can have devastating effects on marine wildlife and cause species to dwindle or disappear. Thus, gathering accurate data from the whole ocean is crucial, but it is also a massive challenge – one that scientists are actively trying to solve.

DID YOU KNOW? Molluscs have the ability to control the morphology and orientation of biominerals that comprise their shells. For example, if calcite is available, some mollusc species use it for the outer shell layers, while they use aragonite for the soluble protein and ligament fiber portions of the shell.

Dr. Aaron Celestian of the Natural History Museum of Los Angeles County (NHMLAC) is one of the scientists at the forefront of this research, along with his colleagues at the University of Southern California and Caltech. As the NHMLAC’s curator of mineral sciences, Celestian specializes in mineral formation and interactions and how they might tell us more about climate change. “We can look at the stability of minerals in the oceans to learn more about the changing acidity of seawater through time,” says Celestian. To better understand the behavior of ocean minerals, Celestian has been studying ocean animals whose shells are formed from the carbon-bearing minerals aragonite and calcite, different crystalline forms (polymorphs) of calcium carbonate. One of Celestian’s primary interests is discovering just how quickly these minerals dissolve in seawater.

But how do the shells of ocean animals relate to ocean acidity and climate change? According to Celestian, the carbon-bearing minerals that are used to form shells (and corals) have varying degrees of susceptibility to acidic water. Aragonite, which has nine oxygen atoms bound to calcium, has weaker bonds than calcite; this means that it is more susceptible to low pH levels. Calcite, on the other hand, has six oxygen atoms bound to calcium, making its bonds stronger and less likely to break. However, when magnesium is present in the water, it often substitutes for some of the calcium atoms in calcite, distorting shell structures slightly and making them less stable. As Celestian notes, “In acidifying oceans, shells and other hard parts built from aragonite and Mg-calcite will be more readily dissolved and therefore more vulnerable.”

Among the atoms and molecules dissolved in the ocean are carbon (C), oxygen (O), sodium (Na), chlorine (Cl), magnesium (Mg), and calcium (Ca). Depending on the pH of the seawater, these components may be widely available or in short supply.

This is an important relationship that Celestian and his research colleagues, the C DisK-IV (Carbon Dissolution Kinetics) team, have been investigating during a series of voyages across the Pacific Ocean. Their latest voyage took place during the summer of 2017 with the group traversing the Pacific from Hawaii to Alaska. While ocean pH and dissolved carbon have been measured in the past, this group’s focus is identifying the concentration of carbonate minerals in seawater and measuring the rates at which these minerals dissolve. In their research, the team merges marine mineralogy with x-ray diffraction (XRD) to better characterize their samples, providing greater insight into ocean acidification over time.

As the ship moved along the path, the group used seawater pumps to filter water from several different depths and a multi-corer to collect sediments from the sea floor. The scientists then removed the filters and analyzed the contents using a Proto AXRD® powder diffractometer. Since powder XRD is ideal for identifying different crystalline structures, the percentage of calcium carbonate polymorphs present could be identified at different ocean depths. Thus, the group was able to identify the ratio of aragonite to calcite in the water along their voyage path. In the water samples taken near Hawaii, they observed a greater depth at which aragonite is stable; however, as they moved toward Alaska, they observed aragonite stability at shallower depths. Because the aragonite was not stable below a depth of 200 meters, they concluded that these waters were more acidic.

As Celestian notes, “The more CO₂ in the atmosphere, the more carbonic acid is produced, and the lower the pH of the oceans.” When the pH of the oceans gets lower, animals that form shells will have difficulty maintaining their structure, forcing them to expend more energy on shell formation and repair. As a result of these additional energetic demands, the animals may not be able to survive and reproduce, eventually causing a decline in their population. This is only one of the reasons why humans are making concerted efforts to reduce their carbon footprint – and XRD is poised to play an important role in the ongoing investigation of how mineral behavior informs ocean acidity. 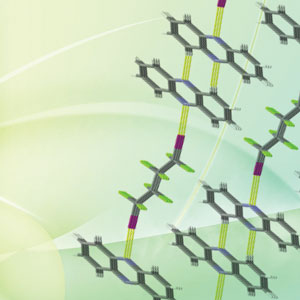 Reactions in the Solid State

Powder Diffraction
Making chemistry safer and more environmentally friendly, while improving efficiency and speed, is a fascinating challenge being tackled by the Tomislav Friščić group at McGill University. A number of advantages are gained by performing chemical reactions in the solid state instead of using traditional solvents. 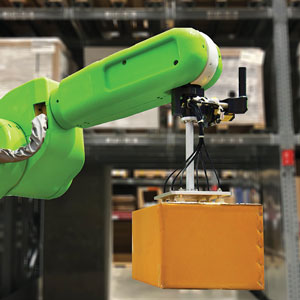 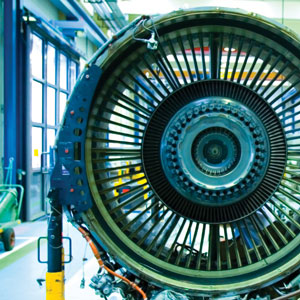 Residual Stress & Retained Austenite
When an aircraft component is manufactured, great care is taken to ensure the accuracy of the material’s size, shape, and properties. Given the importance of these parts in maintaining the safety of aircraft, the consequences would be dire if the proper safety measures were not strictly adhered to.